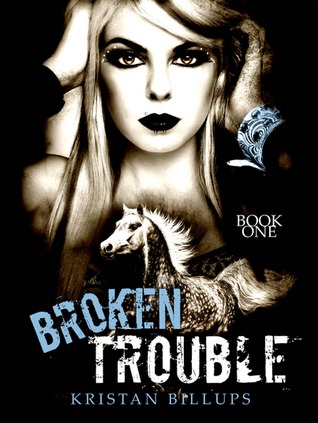 17 year old Nova has one last chance to turn her life around. When the judge gave her an ultimatum of getting herself and her life together or going to prison, she is sent to a Ranch in the middle of nowhere swarming with hot cowboys. The same Ranch that she had burnt a barn down on that had sent her back to Juvenile detention. The same cowboys that had almost lost their ranch because of her. How do you change when everyone hates you and doesn’t trust you? How do you change when you don’t want to? Which life will she choose? The fun but dark life she’s been living her entire life or something even better?

I adored the cover and the blurb seemed interesting enough so I gave it a chance. There is a little side note in the blurb that states it’s a reverse harem and since I’m quite critic with this particular contest I didn’t know what to expect.
The book started out a bit rocky for me. Fortunately, after a while most of the things that irked me smoothed out. Except one little fact that drove me up the walls.

The story is told from Nova point of view and the whole thing is extremely chaotic. Her personality is not solid at all. It practically changes in every chapter and not just slightly, quite dramatically. Sometimes she acts and thinks in the polar opposite way she did in a couple of pages earlier. So yeah her character is pretty uncertain. For example she states she doesn’t want to open up for anybody but within the day she does just the opposite. Or she was abused so she doesn’t like physical contact still she initiates a lot of ot from the very beginning. Little things like this just made the story a bit fuzzier. And I could list them for a while.
Then there is the romantic thread which is so out of the blue and honestly inappropriate considering the circumstances. More, what I hated most that she consciously decides to pursue a romantic relationship with multiple of the brothers not considering the consequences or that she easily could destroy the family with her actions. And inability to chose one.

The 5 brothers are really different. All of them represent a different personality still their relationship and connection is amazing.
Jayden the outspoken womanizer, not to serious but he changes a lot, matures during the book. Dylan the shy, sensitive, artistic one. Wyatt the silent observer with the most understanding toward Nova. He was my personal favorite. He is really considerate and patient. Landon the playful, best friend type. And Gavin the one who is the most tightly wound and desperately protective.
Thinking back I liked them all.

The plot is really fast paced, in the course of a couple of days a lot of things happened. The writing style is not the best but it’s not bad either. And overall is I down the insane amount of teenage bulls**t then the book tells a beautiful story. However I think it could have been better if the plot concentrated more on the abuse and recovery thing than the boyfriend roulette and if Nova character would have a bit more constructed personality.

In the end I enjoyed it and that’s what really matters. I definitely am going to read the next book because I curious about Wyatt story.

This site uses Akismet to reduce spam. Learn how your comment data is processed.

I’m 23 years old and currently I’m studying civil engineering. In my spare time (which I have quite a lot) I’m ususally reading or watching my favourite TV shows, but I like drawing too.

I'm sensitive & eternal dreamer women. My refuge of art & books inspire me. I like to watch movie & tv shows and play video games. And I like to make friends and meet new people with whom share my taste & interest. goodreads | instagram